When Nature Leads the Way

Our entire mission is to help home and community orchardists grow healthier fruit. This Network is all about stewards of fruit trees helping each other understand and improve their produce.

Our holistic orchard network shares integrative approaches to fruit growing that emphasize system health which in turn makes for healthy trees and thus healthy apples and – blessed be! – healthy people. The vision of many biologically rich orchards providing wholesome and flavorful fruit to families and neighbors is part of a much larger local foods movement. The time has come for small-scale answers that make sense for our planet and our lives.

The bond between fruit growers is unmistakable. We speak the same language. We share in the sacrament of this one holy earth. We want to grow the healthiest fruit possible. We want to see each other succeed.

Connecting community orchardists with fruit lovers is at the very top of this network's priorities. Growers face a myriad of challenges to make wholesome fruit a reality. The responsibility to figure such things out is all ours, and gladly so. Working with trees and building fertile soil is truly a joy. We certainly appreciate help getting the word out about our grower listings so those doing this work have a better shot at making a viable living. Local communities that support their farmers are the ones that will thrive in the years ahead. The snap of a good apple, the juiciness of a divine peach, luscious berries by the handful – all grown with holistic care! – depend on this grower family being here, there, and everywhere. 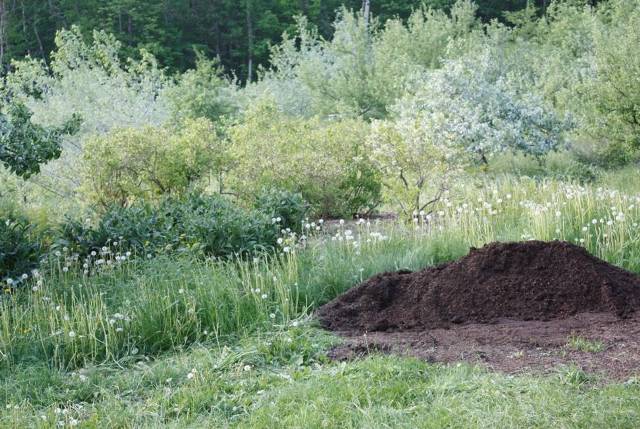 As above, so below. As below, so above.

A diverse plant community bound by an array of mycorrhizal fungal species will form a 'common root being' throughout the orchard. The trees produce healthy fruit in accord with how we revere this sacred soil partnership.

Our success as orchardists begins with heeding the teachings of the natural world.

Images throughout these pages will call attention to orchard doings and ecosystem success stories. These are intended as random teaching moments, provided you don't pay attention to this particular joker from the get go . . . 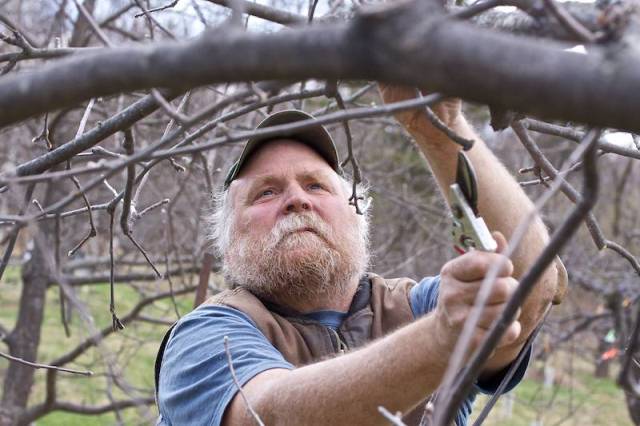 Holistic Insight #262   The one pruning cut that will solve every challenge lies at ground level.

Ambling Down the Tree Row

You've stumbled onto something grand in your search for organic apples and more. This website is where holistic orchardists come together to explore thoughtful ways to grow the good fruit.

Ready to explore? Main menu buttons can be found by the upper and lower mastheads on almost every page. Place your cursor over any of these links and the intent waiting within will become crystal clear. Departments like research and membership will reveal further choices in a sub-menu in the upper left corner. The guided tour feature below the page content will always encourage you onward. Delightful image links will invite the serendipitous to jump around. The portal leads to the interactive aspects of our site. The mastheads are the means to return to the home page. Ideally you will never be more than two clicks away from wherever you want to roam. You choose whether to view the action on a full screen or your mobile phone. Really, wow, yes indeed!

The roots of 'Holistic'

“Since the 1920s”, writes Rupert Sheldrake in Science Set Free, “the holistic or organismic approach has been developing only since the 1920s.” Sheldrake cites Jan Smuts, South African statesman and scholar in his 1926 book Holism and Evolution defined holism as “. . .the tendency of nature to form wholes that are greater than the sum of the parts through creative evolution.” Smuts expands, “the ultimate synthetic, ordering, organizing, regulative activity in the universe, which accounts for all the structural groupings and syntheses in it, from the action of the physico-chemical structures, through the cells and organisms, through Mind in animals and Personality in man. The all-pervading and ever-increasing character of synthetic unity or wholeness in these structures leads to the concept of Holism as the fundamental activity underlying and co-ordinating all others, and to the view of the universe as a Holistic Universe.”

The gauntlet has been thrown. So many beautiful orchard labels of long ago reflect a proud fruit culture  we surely can revive. Team up with an artist friend to give your operation some old-fashioned pizazz. That in turn will get your farm into our...

Where to look next: